An accomplished broadcast journalist and presenter, Chris has featured in many top-rating sports and lifestyle TV shows in the UK over the past 20 years, including BBC News, BBC Sport, BBC Breakfast, Watchdog, The One Show and Secret Britain.

He became known to an even bigger audience when winning the Strictly Come Dancing title in 2009. Chris began a promising sporting life playing youth football for Charlton and QPR, before turning to first-class cricket and earning a blue for Oxford University. He began his broadcast career as a reporter with ITV.

A keen golfer, he plays off a seven handicap and is President of The Oxfordshire Golf Club, close to his home in Henley-on-Thames. In July 2021, he won the Celebrity Pro-Am at the Staysure PGA Seniors Championship at Formby, amassing 46 Stableford points to secure his place in the Grand Final in Mauritius at the end of the year.

As a Director of No.4 Productions, he also produced a TV golf series presented by Tour star Tommy Fleetwood that was screened on Sky Sports Golf from July 2020 called ’FORE’ which featured golf’s funniest videos. He has also been an ambassador for the CLIC Sargent and Sparks children’s charities for more than 20 years. “I’m so pleased Chris and I had that chat a few years ago. I got to go back to some of the courses on the island of Ireland that are very special to me, but I also occasionally got to visit some places I had always wanted to play. And boy, were they incredible! We had a lot of fun making the series and we hope you enjoy it too.”

The high-profile Irish golf personality turned professional in 1991 and has 10 professional victories to his name, including four on the European Tour.

His maiden Tour victory came at the 1996 Austrian Open and a year later, he won the World Cup of Golf for Ireland with Padraig Harrington. Paul enjoyed a stellar Ryder Cup career in which he won three consecutive contests as a player (2002, 2004, 2006) most notably sinking the winning putt on the 18th at the Belfry for Europe to regain the trophy in 2002. After twice fulfilling vice-captain roles, he was handed the captaincy of Team Europe for the 2014 Ryder Cup at Gleneagles, leading them to a commanding five-point victory over a strong Team USA. Paul currently divides his time between playing on the European Senior Tour, providing expert analysis on both Sky Sports and NBC Sports and heading up his own golf course design company. A Director of the European Tour and a Ryder Cup board member, he recently hosted the Irish Legends tournament presented by The McGinley Foundation at Rosapenna Hotel & Golf Resort on the west coast of Ireland. He’s been a member at Sunningdale for several years and lives within walking distance of the famous course. 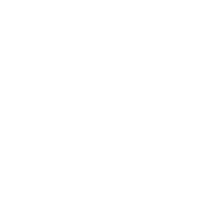